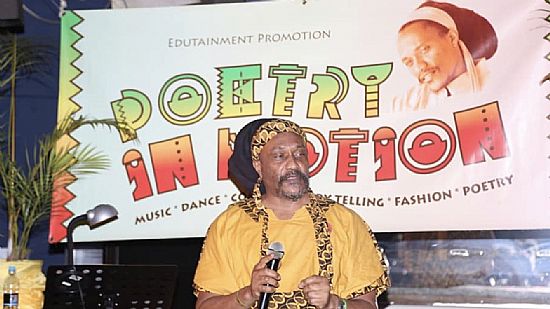 Jamaican Poet and entrepreur, Yasus Afari, discovered Wales in 2007 during a tour of Britain to promote his best seller 'Overstanding Rastafari - Jamaica's Gift to the World'. Since then he has taken time to visit Wales most years and has been able to support a range of the projects and activities organised by Learning Links International.

Yasus wrote this poem to be read at the 'Windrush Day' held in Bangor Town Hall in June 2019.

Gushing to the shores, of a heartless-mother,

Blindly answering a call, of the colonizers’ land

With bloody streets, paved with gold,

Shouting diss-greeting: No Irish! No Blacks! No dogs!

To pick, choose or refuse, a blessing or a curse…

Tie the money string, throw away the purse.

And as Miss Lou prophecy seh, it’s colonization in reverse

While dem still spiting wi, with man-made hunger and thirst

And worse turns to worst

An’ as wus tun tuh wussa

Den at least wi caan escape into the future

Even via the Carry-beyond…..to the Immortal Bosom, of Mama Africa,

The Land of The Ancient Future

Now just remember; whatever we choose; whether a blessing or a sin

Reciprocity is here; ready, willing and able to take us all in: Like the Mighty Rushing Wind